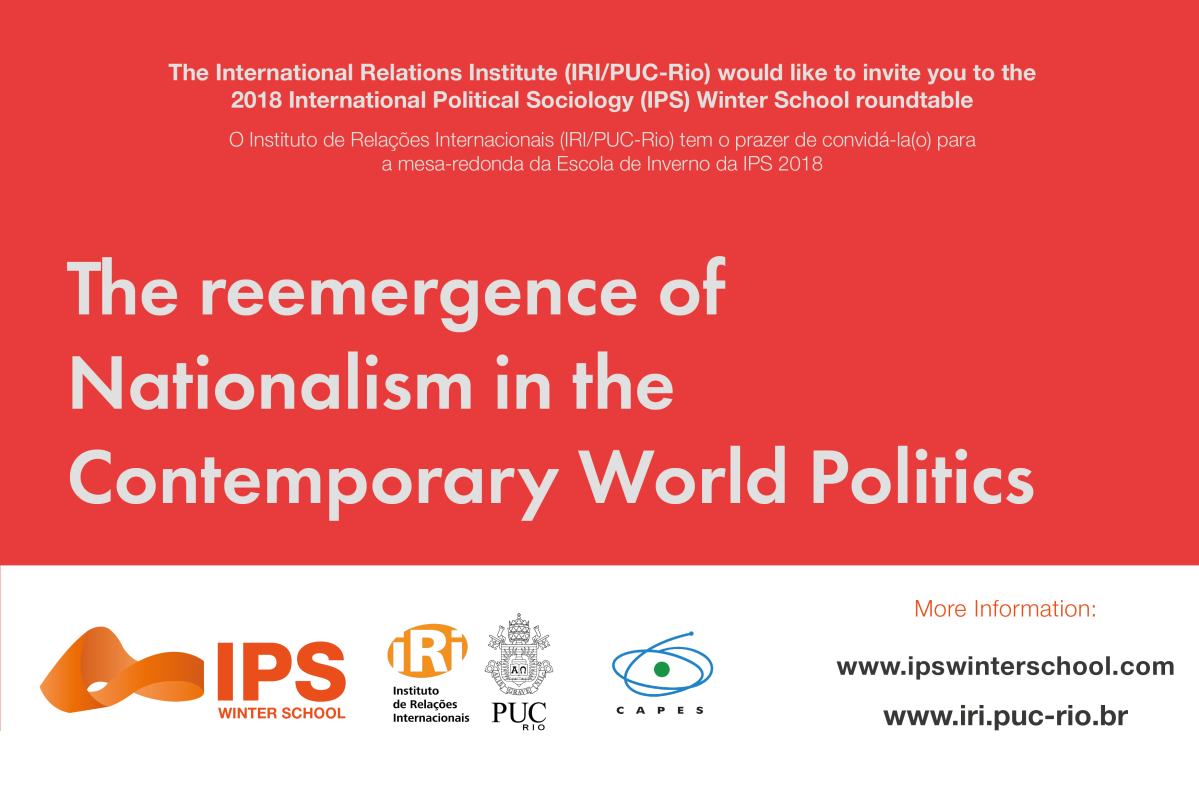 We are pleased to invite you to the our first public event of the fourth edition of the IPS Winter School.

The reemergence of Nationalisms in the Contemporary World Politics

After being considered a spent force in the age of high modernity, nationalism has reemerged in the context of post-globalization. This roundtable discusses the conditions that made possible political discourses that articulate notions of nation and people in order to defend the state against perceived threats of fragmentation. It will also debate the multiple spaces and meanings produced by the different expressions of nationalism in contemporary world politics.

The event will be held at B8 Auditorium, at PUC-Rio, campus Gávea.