The Institute of International Relations is pleased to invite you to 2017 IPS Winter School public events. There will be two roundtables, one on June 29, with the theme “Structuralism and after: IPS and the Critique of Limits” and others on July 6 with the theme “Borders, boundaries, frontiers”.

Professors R. B. J. Walker, Michael J. Shapiro, Jef Huysmans, João P. Nogueira and Roberto Yamato will attend the panel, which will be held at 4:15 p.m. to 6 p.m. in the RDC Auditorium, PUC-Rio.

On July 6, the “Borders, boundaries, frontiers” table, which will be held from4:15 p.m. to 6:00 p.m., in Auditorium B8*, PUC-Rio, will address the issue of borders and boundaries, that have had a central role in defining some of the conceptual, methodological and epistemological markers of IPS’ research agenda.

The panel aims at assessing such contributions with a focus on the ways in which they have challenged the frontiers of the ‘international’. Cynthia Enloe,Heather Johnson, Carolina Moulin Aguiar and Professor Jef Huysmans will take part in the table.

The event will be held in English and there will be no simultaneous translation.

* The B8 Auditorium is located on the 8th floor of the Frings Building. 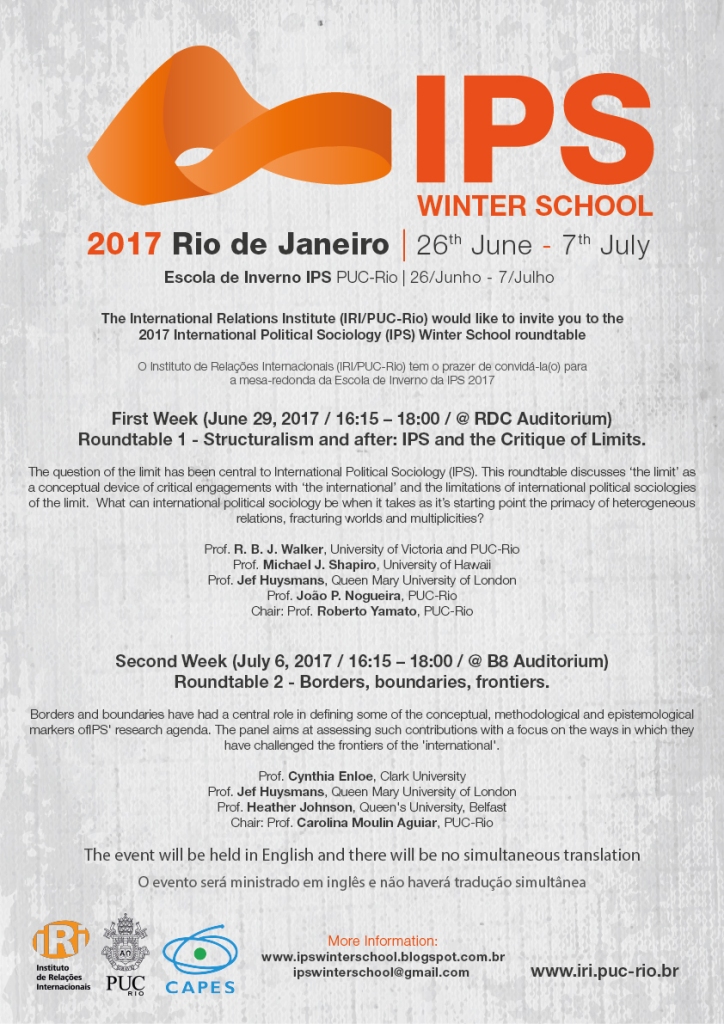